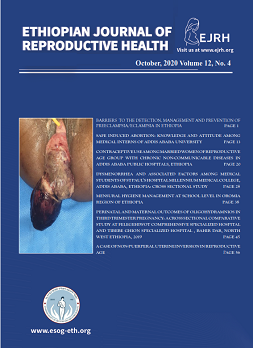 Ethiopia has become one of the countries that have shown a significant reduction in maternal mortality in relation to unsafe abortion after the revision of the abortion law that resulted in the legalization of abortion in certain circumstances since 2005. Medical interns are the future physicians who will encounter many women in need of safe abortion in their careers. Their knowledge and attitude towards induced abortion will determine their practice.

A cross-sectional descriptive study was conducted using a self-administered questioner that was distributed among all 240 medical interns of Addis Ababa University, School of Medicine between September and October 2018.